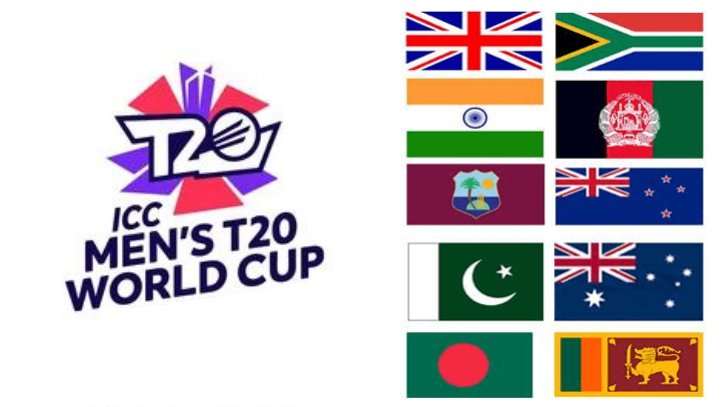 England has won the T20 World Cup in Australia. They defeated Pakistan in the final match held on Sunday (13 November). The English team equaled the West Indies by winning the title at the historic Melbourne Cricket Ground. It has become the second country to win the T20 World Cup twice. England had earlier won in 2010. At the same time, West Indies became champions in 2012 and 2016. Talking about India, he has not been able to become a champion after 2007. Let us know which teams have won this title now, T20 World Cup Winners List from 2007 to 2022. 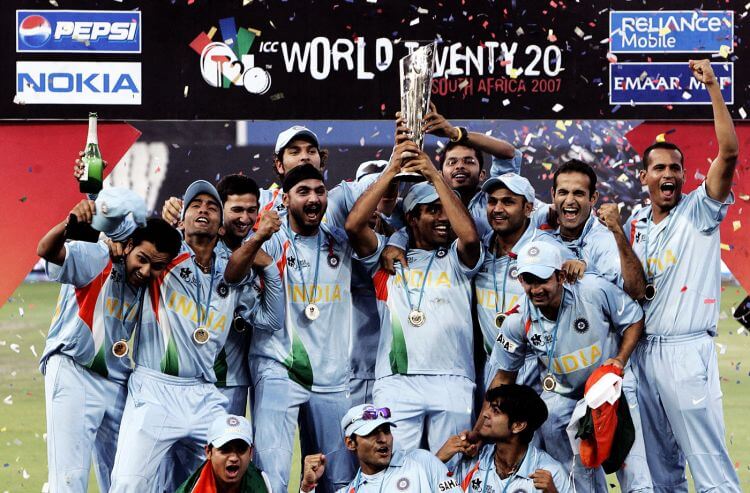 The T20 World Cup was started in 2007. Mahendra Singh Dhoni led the Indian youth team. In the World Cup held in South Africa, Dhoni made India the champion under his captaincy. India defeated Pakistan by five runs in the final match. Opener Gautam Gambhir scored a brilliant 75 in the title match. At the same time, Irfan Pathan took three wickets for 16 runs. He was adjudged player of the match. Shahid Afridi of Pakistan, who took 12 wickets along with scoring 91 runs in the tournament, was adjudged the Player of the Tournament. 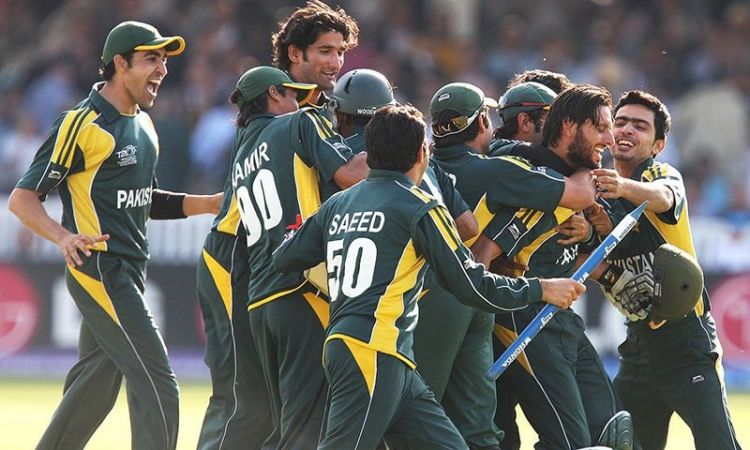 Pakistan, which lost in 2007 final, did not have to wait long for the title. He lifted the trophy in the very next edition. In 2009, Pakistan won the tournament by defeating Sri Lanka by eight wickets in the final. Tillakaratne Dilshan of Sri Lanka scored the highest 317 runs in the tournament held in England. He was adjudged Player of the Tournament. Shahid Afridi, who scored an unbeaten 54 in the final, was adjudged the player of the match. Afridi also took a wicket in this match. 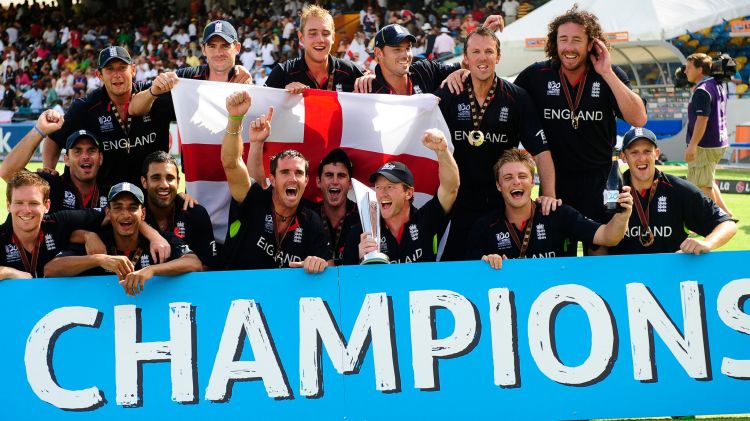 In the 2010 T20 World Cup, England created history. He was successful in winning an ICC trophy for the first time. England defeated Australia by seven wickets in the final of the 2010 T20 World Cup. In the title match, Englands Craig Kieswetter played brilliant innings of 63 runs. He was given the Player of the Match award. At the same time, Kevin Pietersen scored 248 runs. He was adjudged Player of the Tournament. 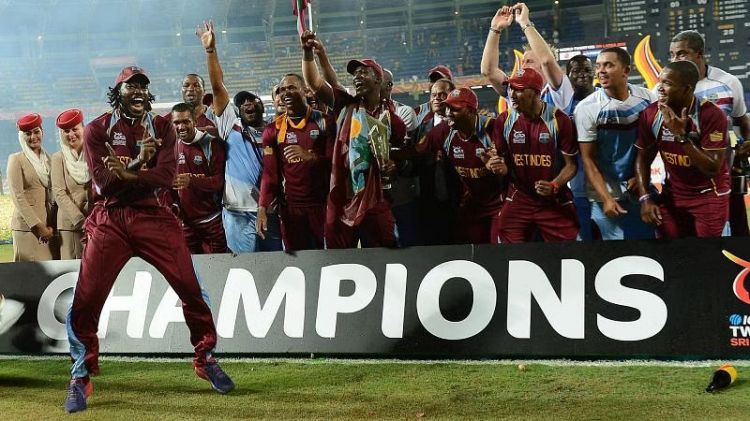 The West Indies team was full of T20 legends in 2012. He did wonders in the fourth T20 World Cup. The Windies team won the title by defeating Sri Lanka in the final. They won the final by 36 runs. In the final for West Indies, Marlon Samuels scored 78 runs as well as took a wicket. He was adjudged player of the match. Shane Watson of Australia scored 249 runs. He also took 11 wickets. For this Watson was given the Player of the Tournament award. 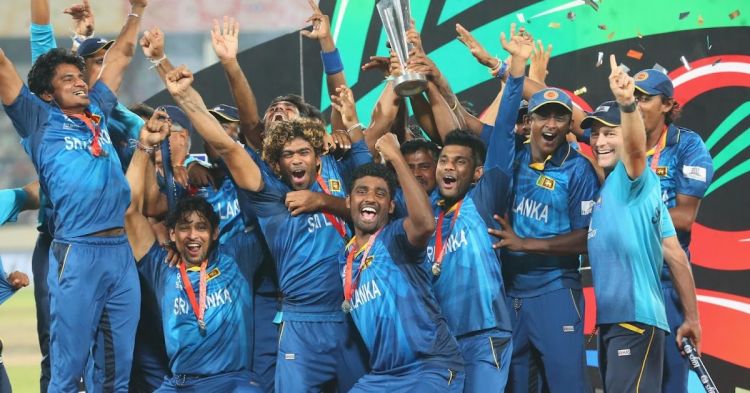 In the year 2014, the T20 World Cup was organized in Bangladesh. The Sri Lankan team won the trophy in this tournament. Sri Lanka defeated India by six wickets in the final match. For Sri Lanka, Kumar Sangakkara scored the best 52 runs in 35 balls and became the player of the match. At the same time, Virat Kohli of India scored the highest 319 runs in this tournament and won the title of Player of the Tournament. In this match, Malinga and Sri Lankan bowlers bowled very well in the last overs. 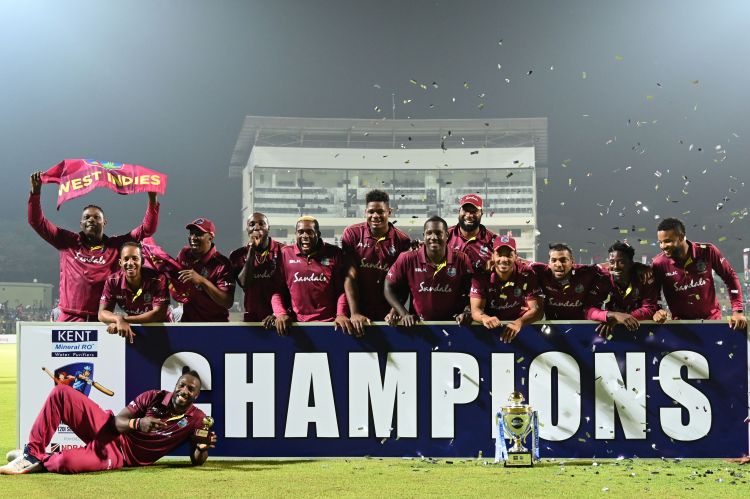 In the year 2016, West Indies defeated England and won this tournament for the second time. This was the first time that a team captured the T20 World Cup trophy for second time. Earlier every time the T20 World Cup got a new champion. In the final match, Marlon Samuels once again crossed the West Indies boat. He scored an unbeaten 85 and was named player of the match. Whereas Indias Virat Kohli scored 273 runs in this tournament and took one wicket. He was voted Player of the Tournament. Although this tournament and its final match is more remembered for the four sixes of Carlos Brathwaite. 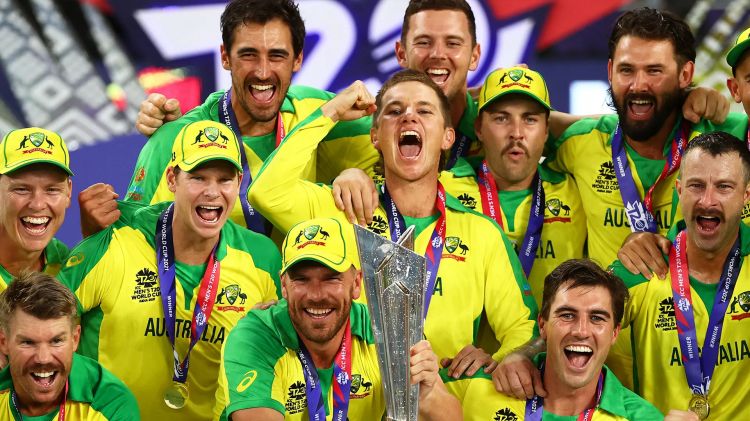 Australia defeated New Zealand by 8 wickets in the final of the T20 World Cup 2021. He was successful in winning this title for the first time. Australia defeated New Zealands team playing the final for the first time in a one-sided match. In the final, Sikka supported Australia captain Aaron Finch and he won the toss and elected to bowl first. Batting first after losing the toss, New Zealand scored 172 runs for the loss of four wickets in 20 overs. No batsman left for the team except captain Kane Williamson. Williamson scored 85 runs in 48 balls. In reply, Marsh shared an unbeaten 63-run partnership with Maxwell for the third wicket and made the team champions. Marsh remained unbeaten on 77 off 50 balls and Maxwell on 28 off 18 balls. Boult took two wickets for New Zealand. Apart from this, David Warner was dismissed after scoring 53 runs off 38 balls. 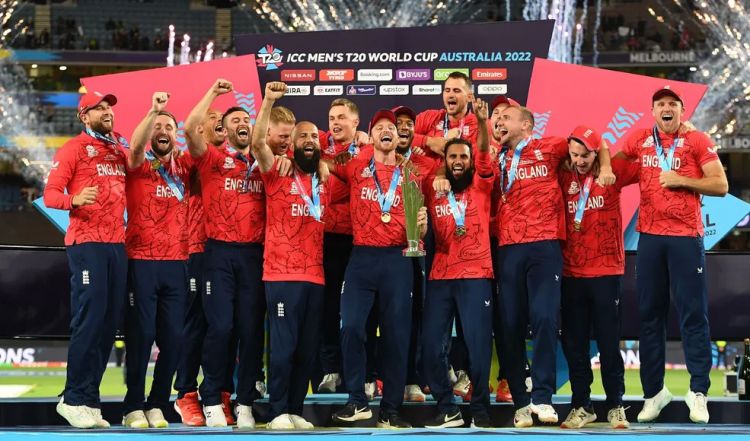 The final match of T20 World Cup 2022 was played in Melbourne. England captain Jose Butler won the toss and decided to bowl first. Pakistans team scored 137 runs for eight wickets in 20 overs. For him, Shan Masood scored 38 and captain Babar Azam scored 32 runs. Sam Karan took the maximum three wickets for England. In response, the England team won the tournament by scoring 138 runs for five wickets in 19 overs. Ben Stokes gave the team victory by playing an unbeaten 52 off 49 balls. Sam Karan took a total of 13 wickets in the tournament. Apart from the player of the match, he was also adjudged player of the tournament.