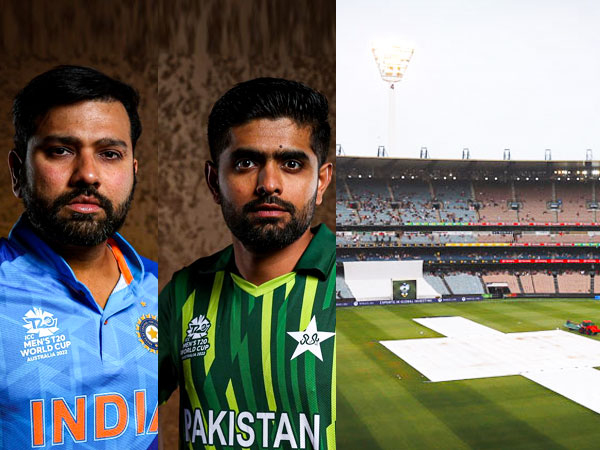 IND vs PAK Weather Report, Forecast, Melbourne Cricket Ground Pitch Report, What if IND vs PAK match is not held due to rain?

In the T20 World Cup 2022 being hosted by Australia, the great match between India and Pakistan is to be played on Sunday (October 23). There is so much excitement among the fans about this match that all the tickets for the stadium with a capacity of more than 1 lakh have already been sold.

India will take on Pakistan (IND vs PAK) in their opening match of the T20 World Cup 2022 at the Melbourne Cricket Ground (MCG) on 23 October. There is so much excitement among the fans about this match that all the tickets for the stadium with a capacity of more than 1 lakh have already been sold out. However, the biggest question is, will the match be canceled due to the heavy rain in Melbourne at this time? In such a situation, it seemed from the weather forecast (India vs Pakistan Weather Forecast) that the fans might be spoiling the adventure. But according to the latest weather report, the chances of rain have reduced a lot. So let’s see how the weather will be on the day of the IND vs PAK match.

IND vs PAK Weather Forecast, According to the Australian Meteorological Department, there has been a decrease in the chances of rain on the weekend, but despite this, the chances remain 60 percent. According to the Meteorological Department, Melbourne can see up to 25 mm of rain by the end of the week. According to Weather.com, on the day of the match – October 23, Sunday, the temperature will be 18ºC during the day and 13ºC at night. The chance of rain is 78%. Humidity will be between 82-87%. Winds will move from south/southeast at a speed of 15 to 25 km/h. This means that either the match will be completely canceled or the entire 20 overs game will not be seen.

What if IND vs PAK match is not held due to rain?

What if the match didnt happen due to rain?, It is noteworthy that if the match has to be canceled due to rain in the India-Pakistan match, then no reserve day has been kept for this. The ICC has not kept a reserve day for the first round and Super-12. The ICC has kept a reserve day only for the 3 knockout matches of the T20 World Cup. In such a situation, in the match is canceled due to rain, one point will be distributed to both teams. If it rains for some time then the overs can be reduced. At least five-five overs can be played.

Melbournes pitch offers a good balance between bat and ball. The fast bowlers can get some good bounce here, especially in the early stages. The role of spinners on this ground will be less. Average 1st Inns scores on this pitch are 139 but winning the toss does not necessarily mean that if you bowl, you will win the match. It is not as important as the toss to win the match