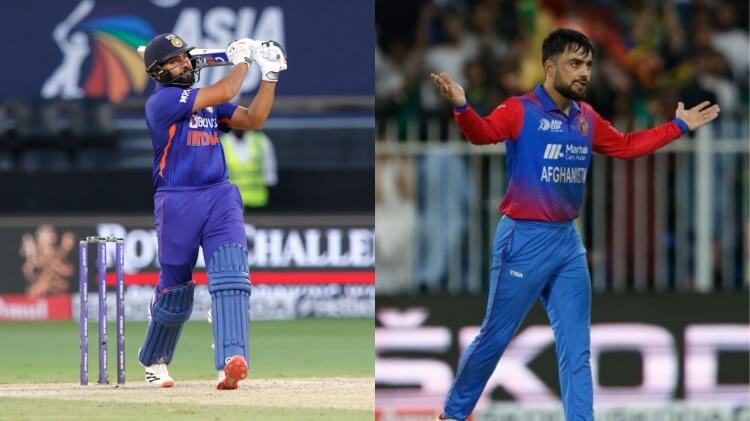 Almost out of the race for the final, the Indian cricket team will look to plug their weaknesses in the Asia Cup Super Four clash against Afghanistan ahead of the T20 World Cup here on Thursday. The Indian team is yet to perform to its full potential in the Super Four stage. Apart from this, lack of resources and poor team selection can also be blamed for the consecutive defeats against Pakistan and Sri Lanka.

There seems to be a lack of flexibility in the strategy of the current Indian team and in such a situation, fingers are bound to be pointed at the policies of coach Rahul Dravid. It seems that Dravid is eager to take some tough decisions in terms of team selection as the team doesnt seem to have a second plan for any strategy.

In such conditions, he has to face Afghanistan which has strong T20 players like Rashid Khan, Mujeeb Zadran, Mohammad Nabi, Hazratullah Zazai, and Rehmanullah Gurbaz. This is a team that can even chase down the target of 170 runs on the strength of its power hitter and can also restrict the opposition team to a low score led by a bowler like Rashid.

The Indian cricket team, adorned with star players, has entered the Asia Cup 2022 as a strong contender for the title. The defending champions had beaten England and West Indies at their own home before the tournament. Then after winning 2 matches of the group stage, it was considered imperative to play the final of the team led by Rohit Sharma. But after facing Pakistan and then Sri Lanka in Super-4, Team India is on the verge of being out of the Asia Cup 2022.

Now even if the Indian team wins against Afghanistan, it will be out of the tournament in spite of it. Because if Pakistan has won the match on 7 September, then clearly Afghanistan and Team India are officially out of the race for the final. In such a situation, now India is going to enter the field to save its credibility.

Afghanistan cricket team has performed better than expected in the Asia Cup 2022. After winning the match against Sri Lanka in just 10.1 overs in their very first match, this team raised the alarm bells of the rest of the teams. The spin duo of Rashid Khan and Mujeeb Ur Rahman have created panic on the pitches of Dubai and Sharjah. At the same time, Rahmanullah Gurbaz and Najibullah Zadran have played many match-winning innings in the batting so far.

However, in Super-4, Sri Lanka defeated the Afghan team and pushed them on the back foot, after which this team was also defeated by Pakistan. Now Afghanistan is also out of the tournament. Now both Afghanistan and India teams will enter the field to save their honor.

Also Read: How to watch IND vs AFG match for free

A total of 74 T20 matches have been organized at the Dubai International Stadium before the Asia Cup 2022. Out of which 34 times the team batting first and 39 times second batting has won. At the same time, the average score of the first innings is 142 while that of the second innings is 124. On the other hand, if the figures are to be believed, winning the toss first and bowling will be more favorable on this pitch. Also, in the Asia Cup so far, 3 out of 4 matches played in Dubai have been won by the team that bowled first.

Talking about the weather of the match between India and Afghanistan (IND vs AFG) to be played in Dubai, there is no sign of rain during the match. The minimum temperature is expected to be 30 degree Celsius and the highest temperature is 38 degree Celsius on the day of match day. While the humidity will be 43 percent. At the same time, the wind will blow at a speed of 24 kilometers per hour.