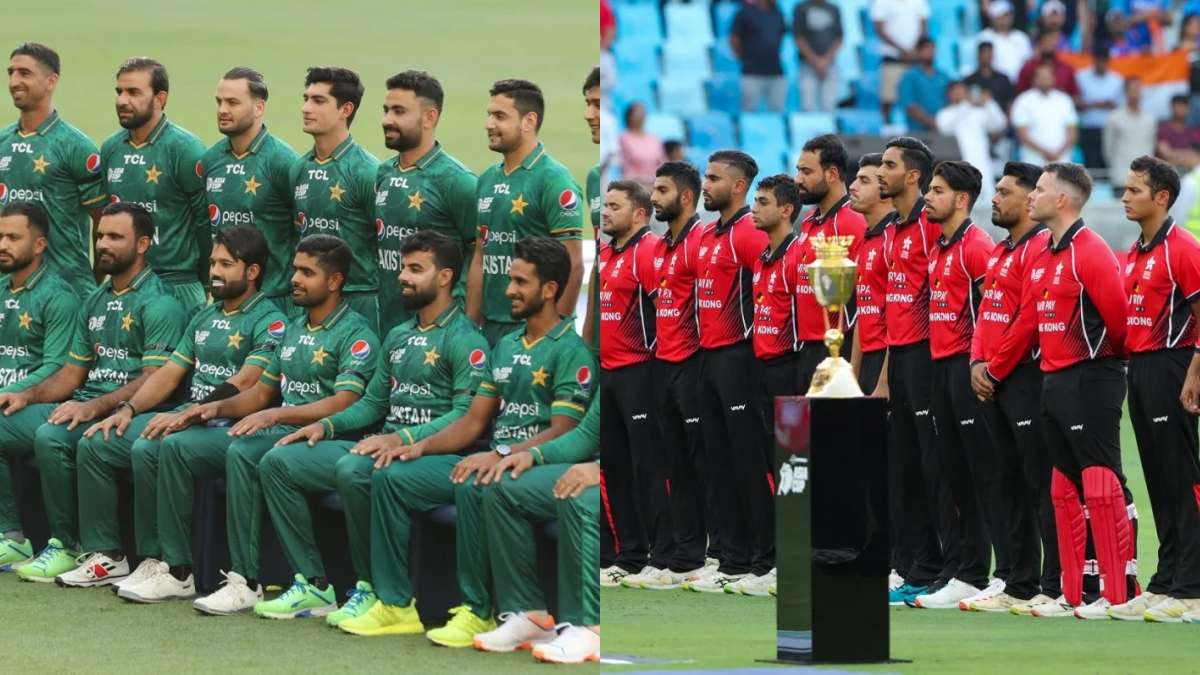 Along with economical bowlers like Ehsan Khan, Ayush Shukla, Yasim Mortaza in the Hong Kong team, there are also explosive style batsmen like Babar Hayat, Scott McKennie, and Zeeshan Ali who can change the course of the game anytime. The same Pakistan team needs a big score from captain Babar Azam in this match. In the first match against India, the performance of Mohammad Nawaz, Naseem Shah, and Mohammad Rizwan from Pakistan team was commendable

The clash will be a do-or-die contest for both teams as they try to give their all to book their place in the later stage.

First of all, if we talk about Pakistan, even in the absence of its main fast bowlers, this team gave a tough challenge to India. Defending the target of 148 runs, and taking the match till the last over was really commendable, this can be gauged from the bench strength of Pakistan in bowling. But the teams batsmen were disappointed a lot in the last match. The runs of Babar Azam, Fakhar Zaman, and Mohammad Rizwan did not go to the team in any way. In such a situation, now to register a win against Hong Kong, Pakistani batsmen will have to show their strength.

On the other hand, the Hong Kong fast bowlers will have to gear up to face Pakistan. In the absence of extra pace, the fast bowling order of this team seems to be light. But on the spin front, the experience of Ehsan Khan and Moortja proved to be effective in front of Team India. Even on the slow wicket of Sharjah, this pair can do wonders once again. Apart from this, captain Nizakat Khan, Babar Hayat and Kinchit Shah are expected to do better in batting. Against India, these three players lost their wickets cheaply after a good start, avoiding which Hong Kong could create trouble for Pakistan.

PAK vs HK Head to Head

Pakistan and Hong Kong (PAK vs HK) are not among the teams that play against each other regularly. Till now not a single bilateral series has been played between the teams of both countries. Both the teams have faced each other in the prestigious Asian tournament, which is clearly dominated by Pakistan. The two teams faced each other for the first time in the 2004 Asia Cup, in which the Men in Green won a massive 173-run victory. After this, Pakistan won the second and third matches in 2008 and 2018 by 155 runs and eight wickets respectively.

Also Read: How to watch all Asia cup 2022 match for free.

Asia Cup 2022 is being broadcast all over the world and there are a few different broadcasters who will broadcast the matches in different parts of the world. Pakistan vs Hong Kong match (PAK vs HK) live telecast in India in Star Sports 1/1 HD, Star Sports 1 Hindi/1 HD Hindi, Star Sports 3, Star Sports 1 Tamil, 1 Telugu, and 1 Kannada language. . Apart from this, you can also enjoy this big match on Hotstar.

This pitch is favorable for both batsmen and bowlers. Spin bowlers get a lot of help on this pitch, so winning the toss and batting first will be the right decision on this pitch. It is a bit easier to bat in the first innings where the average first innings score is 150 runs. The batting in the second innings looked a bit difficult. Thats why 40 percent of the matches have been won while chasing the target.

There is no chance of rain in PAK vs HK (Pakistan vs Hong Kong) match to be played in UAE on Friday as the temperature is expected to be 33 to 29 degree Celsius. At the same time, the wind will move at a speed of 10 kilometers per hour. While the humidity will be 46 percent.